When to Hire a Lawyer To Handle Your Car Insurance Claim 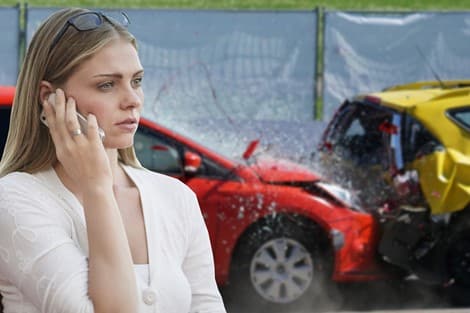 After a car accident, hiring an attorney for an insurance claim usually isn't necessary, but what about when it is?

Find out the best steps to take to prepare for such a situation, when you would need to seek legal advice, and what can happen for you when you do.

6 Steps to Take After a Car Accident

It would be wonderful if all car accidents were only minor fender-benders. No one would be hurt, and damage would be so light there would not be a need to file a claim after factoring in your insurance deductible.

But since there are so many variables depending on the severity of the accident, the degree of any injuries, the reaction of other parties, and the state in which you live, here’s what you should do after an incident to maintain your eligibility for compensation — whether it’s a car insurance settlement, a car accident lawsuit settlement, or a verdict.

#1 – Report the accident to law enforcement.

#2 – Take photos at the scene, including long shots of the entire area as well as close-up photos detailing injuries and property damage.

#3 – Get contact information from any other drivers involved as well as witnesses, including anyone involved in the collision. For the other drivers, also get vehicle information and the driver’s license number.

#4 – Report the accident to the insurance company, giving the basic facts but refraining from any admission of fault.

#5 – Seek medical attention, regardless of whether you have obvious signs of an injury. This will help ensure you are properly compensated regarding a car insurance claim.

#6 – Know the statute of limitations, which is the time window a plaintiff can file a lawsuit. The statute varies by state and generally ranges from two to four years.

When You Need a Lawyer for a Car Accident

Some car accidents are straightforward and can be handled without an attorney. For example, you likely do not need an auto accident lawyer when there is no injury. That can usually be appropriately handled through the insurance company.

But for anything other than that, given the litigious environment in which we live, you may want to contact an attorney who deals with personal injury.

Here are some examples of when to seek legal advice after a car accident:

If you are dealing with your first car accident claim, you may also want to at least consult with a lawyer not just for peace of mind but also advice from an experienced professional for the following:

What to Expect From a Lawyer for Your Car Accident

Insurance is a business after all. Even though their business is to protect you when something bad happens, they still must keep an eye on their bottom line and turn a profit.

And yes, insurance rates have been rising annually, but companies must remain competitive so they cannot have consumers absorb all the rising costs. On top of that, in response to reduced driving during the pandemic, insurers nationwide returned over $14 billion to their customers in 2020.

So, it makes business sense that insurance companies would want to settle a car accident claim as quickly as possible and for as low of an amount as possible.

A lawyer will work on doing the opposite for you, especially for a serious auto accident, as they’ll factor in any loss incurred for lost wages, pain and suffering, or future medical treatments.

Hiring a car accident lawyer to represent you after a car accident means you will have professional help from a person who knows the relevant laws and procedural rules that may affect a case.

They do all the legwork, from negotiating an insurance settlement to trying a personal injury lawsuit. Being in a car accident is stressful enough, so taking on the case by yourself may be the last thing you want to do.

If your car insurance claim was denied, request that your insurance adjuster put the denial in writing and quote the specific policy language that pertains to your claim.

A car accident lawyer will determine if you have a reason to dispute the denial. They can advise you on how to act going forward, and whether you should first use the insurer’s internal appeals or dispute process or go directly to legal action.

There are several dispute resolution options a car insurance attorney can assist you with, including:

Your attorney can enter negotiations with the insurance company to reopen your case in the event of a coverage denial.

They will be able to put some pressure on the insurance company, and effectively negotiate a fair settlement considering your damages and your policy.

Some insurance policies have a provision either allowing or requiring arbitration of disputes between the insurance company and the insured. This use of neutral individuals (arbitrators) as an alternative to a lawsuit is often a cheaper and faster method of resolving contract disputes as opposed to a court proceeding.

This procedure is usually not available unless specifically stated in the policy, or unless the insurance company and the policyholder agree to submit the dispute to arbitration.

This is an option if the claim is below your state’s specific maximum amount, which can range from $2,500 to $25,000. The documents that you already pulled together for your negotiation can serve as documentation in court, including any policy reports or photos. Note that the settlement you are awarded in small claims court is final.

If none of the above options work, your attorney can file a lawsuit against the insurance company for the full value of your claim. But a lawsuit should only be used as a last resort and on the advice of the attorney.

A car accident attorney can also sue the party responsible for your injuries and damages, so ask about that possibility as well.

We hope we have shown you how an auto accident lawyer may be able to help move things in the right direction, whether your auto accident claim is denied, or you’ve reached a stalemate in car accident settlement negotiations.

A car accident attorney can give the insurance company a reason to keep working with you or file a lawsuit to get you compensation for the car accident damages that you deserve.

Karen Condor is an insurance expert who writes and researches for the car insurance comparison site, CarInsuranceComparison.com. She is an advocate for helping people learn what they need to do to prepare for emergencies so they can receive the best customer service and the right compensation.