The Right to Protect Property 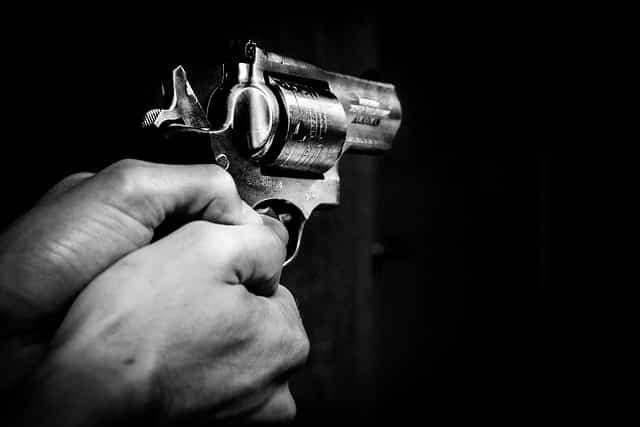 The right to protect one’s property is a basic right in American property law. Recently, the concept of property rights has been thrust into the media spotlight because of the protests across America related to claims of systemic racism in America and the Black Lives Matter movement. In one instance, a couple made headlines when they brandished a rifle and pistol in apparent self-protection while on their front lawn in an affluent, gated St. Louis neighborhood as protestors walked to the city’s Mayor’s house. The public was generally outraged at the sight of the couple aiming their weapons at peaceful protestors, but the incident highlights the tension that results from a landowner’s right to protect his or her property from intruders.

This article discusses the origins of property law related to the protection of private property, the key concepts of property law, and the personal injury and criminal consequences that arise when landowners defend their property with the use of force.

Property law in the United States has its origins in the political theory of John Locke, an English philosopher and theorist. One of Locke’s works entitled the Second Treatise of Government discusses the origins of private property. He argues people are supposed to use the earth for their advantage and convenience, and labor transforms a piece of property into private property. Locke’s concept of personal property is important because it serves as the foundation for the idea that each person is entitled to the property produced through his own labor. Thus, tilling the land or hunting and gathering explains how natural, unowned resources in the state of nature become transformed into personal property over time.

Property law in the United States recognizes Locke’s theory and rewards those who use their own labor to make land productive. The Homestead Act of 1862 exemplifies Locke’s theory put into action. Congress passed the act to allow any person who did not bear arms against the Union during the Civil War to claim 160 acres of surveyed government land. The claimants could keep the land so long as they improved it by building a home and cultivating the land.

Generally, there are five theories that explain why property law exists in the United States. First, property law exists to protect first possession. Early in American history, resources were abundant, but the population was low. The first in time concept served as an easy way to determine who had the right to newly discovered resources when disputes arose. Whoever discovered a resource or occupied the land first had the right to it.

The court held Pierson had actual possession of the wild animal and thus was entitled to it. Actual possession occurred when the hunter deprived the animal of its natural liberty; thus, Pierson gained possession when he injured the fox and continued his pursuit with the intent to recover it. This is important because it established a policy that rewarded people for pursuing natural resources and established the bright-line rule that first in possession acquires property rights.

The second concept of property is the Lockean idea that each person is entitled to property produced through his own labor. The third concept is that property rights are utilitarian in that they are meant to maximize overall societal happiness. People can derive benefits from the allocation of resources like water and property. Under this theory, property is a means to an end and meant to be used for the greater good of society.

The Bundle of Sticks

Property rights are often described as a bundle of sticks. Meaning, there are different rights that make up the bundle and each one is important on its own.

The right to transfer is one such right. Property owners have the right to sell, transfer, and gift their property, with very few limits, to anyone and based on whatever terms they want.

The right to use is another property right. A property owner can use his or her land in any way that does not infringe upon the rights of others or cause a nuisance.

The right to destroy is another right that property owners have but that the law generally discourages. Property law encourages the use and production of property because productive use of property benefits society. The waste or destruction of usable land or chattels (property other than real estate) is generally not allowed if it adversely affects other members of society, such as lowering property values or destroying historical areas.

Combined, these rights give property owners a large amount of control over their property, but they are restrained by court decisions and state law that limit the amount of force that can be used to protect property.

The Castle Doctrine derives from English common law and is the foundational doctrine that underpins the type of force a homeowner can use force to protect property. In England, one’s home was one’s castle, and the owner had the utmost right to defend it. Dwelling homes have been traditionally more protected than other types of property given the importance of the home in everyday life.

The American Castle Doctrine provides that a homeowner can protect his home from unlawful intruders. A home includes any legally occupied abode, including things like motor-homes or tents. Different states have established their own property defense rules derived from the Castle Doctrine.

The appropriate level of force to use to defend one’s property is well-illustrated by an Iowa Supreme Court case, Katko v. Briney. In Katko, the defendant set up a spring shotgun as a booby trap to protect an uninhabited farmhouse against trespassers. Over the years, the house had been burglarized and vandalized.

The owners boarded the windows to try to stop the intruders and posted no trespassing signs, but nothing deterred the break-ins. The shotgun trap was rigged to the doorknob and aimed to hit intruders in the leg once they entered a bedroom of the house. Plaintiff broke into the house to steal old bottles and dated fruit jars when he opened the bedroom door and was shot in the leg above the ankle. Most of his leg was blown away.

The court considered what level of force was permissible to protect uninhabited dwellings where there was no threat to human safety. The court held property owners may not use lethal force calculated to cause death or serious injury to deter a threat to property unless there is also a threat to personal safety. The court reasoned the law has always placed a higher value on human safety than upon the right to property. The court ruled in favor of the plaintiff and held that he could recover for personal injuries from the defendant homeowner.

Booby trapping an uninhabited house has both criminal and civil implications. As the plaintiff did in Katko, injured trespassers may sue for personal injury against property owners who use unreasonable force to protect their property. Property owners may also be criminally prosecuted for causing injury or death to an intruder where the force used was not reasonable under the circumstances.