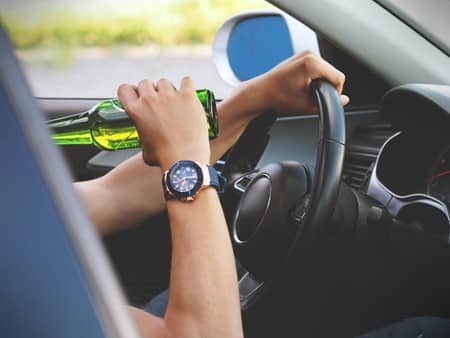 Drunk driving laws have been on the books for over a century, but it's only within the last few decades that they've become much more stringent.

Find out the legal ramifications of a DUI, including which states are the strictest.

You will also want to know about drunk driving insurance, including when, by how much, and for how long your insurance rate will spike.

Despite the intensification of DUI laws across the country, people continue to drink and drive. But the laws are helping. In states that have stricter laws against drunk driving, the number of incidents involving drunk drivers is significantly lower than in states that are more lenient.

While there are drunk driving basics across all states, each state can vary widely on what they stack on top of them.

The History of Drunk Driving Laws

Given the DUI laws of today, it is a bit shocking to see the subjectivity of previous decades.

New Jersey got the ball rolling in 1906, enacting a law stating that “no intoxicated person shall drive a motor vehicle.” The punishment? A fine of up to $500 ($15,000 in today’s currency) or up to 60 days in the county jail.

The punishment quickly accelerated. New York adopted a law against drunk driving in 1910, and conviction came with a $1,000 fine and a year in jail. California and other states soon followed.

While early DUI laws prohibited driving while intoxicated, there was no set definition of what level of inebriation qualified as drunk driving.

Soon after Robert Borkenstein invented the “Drunkometer” device in the 30s, which people breathed into and then used to determine intoxication, the American Medical Association and the National Safety Council began studying the problem of motor vehicle accidents related to alcohol. These groups suggested establishing a blood alcohol content (BOC) standard of 0.15 percent.

But it wasn’t until 1953 that Borkenstein invented the Breathalyzer, which would show the level of alcohol in the blood.

The National Highway Traffic Safety Administration also started looking into the dangers of drunk driving. The statistics and graphic photos they showed legislators led to some states lowering the BAC levels to 0.10 percent or 0.12 percent.

It took until the 1970s for state and federal governments to institute stricter legal limits to curb the spread of DUI accidents across the U.S.

In 1972, states began to pass “per se” DUI laws, in which a state did not need to prove that the alcohol affected the driver’s ability to operate a motor vehicle. It only needed to prove the driver was operating the vehicle and his BAC was above the legal limit.

Congress was being lobbied even harder in the 80s, when groups like Mothers Against Drunk Driving (MADD) began calling for tougher legislation for those convicted of DUIs.

The government concluded that lowering the permissible limit from 0.10 percent to 0.08 percent reduced alcohol-related fatalities by 7 percent, translating to 500 lives saved each year.

The Strictest States for DUIs

In addition to the BAC level that will result in a charge of DUI or DWI, there are zero tolerance and enhanced penalty BAC levels that differ from state to state. The fines, fees, and laws are also different in each state.

You should become familiar with your state’s DUI laws. If you do not know the laws and you don’t have proper legal representation, you could face unwarranted penalties if you’re ever charged with intoxicated driving.

Doing an internet search on DUI and the name of your state or watching the news for changes in state DUI laws is a great way to keep updated on the DUI situation in your state. You can also follow MADD’s Report to the Nation that rates all 50 states and the District of Columbia on laws proven to reduce drunk driving and safe lives.

Each state can earn up to five stars based on the following categories:

How did the states rank? In the most recent report from 2019, Arizona was the only one to receive five stars, with 4.5 stars going to Colorado, Delaware, Illinois, Kansas, Maryland, Nevada, Oklahoma, and West Virginia.

The lowest rating went to Montana, receiving a half-star for doing little to improve its drunk driving laws since enacting the 0.08 BAC per se law in 2003. And only 1.5 stars each went to Michigan, South Dakota, and Wyoming.

You will also be shelling out a lot of money for auto insurance. Just one DUI offense can raise your rate an average of nearly $1,800 a year, or $150 a month. Driving under the influence and driving while intoxicated are both considered high-risk activities by all auto insurance companies.

When a DUI Affects Your Insurance

When you are convicted of a DUI, you are not legally obligated to tell your insurance company. And the Department of Motor Vehicles (DMV) will not notify your insurer.

Usually, your insurance company cannot immediately raise your rates after a DUI. If they find out about the DUI, they can notify you that your rates will increase, often opting to raise your rate at the next renewal.

An insurance company will find out about your DUI conviction when they check your driver’s record before selling you a policy or renewing one.

They will also find out if you’re ordered to get an SR-22, which is a certificate of financial responsibility required by the state, verifying you’re carrying at least the state-mandated amount of car insurance.

Most states will require SR-22 insurance for a DUI or DWI conviction. In Florida and Virginia, the form is called an FR-44, in which the liability limits are typically double the state’s minimum.

Your insurance company provides the state with the form. They will charge you a filing fee, usually $25. For an existing insurer, the increase to your policy’s rates will vary based on your ZIP code, vehicle, driving record, insurance history, and other factors.

If your current insurer does not offer an SR-22 option, you’ll have to find a new insurer.

How Long a DUI Affects Your Insurance

A DUI will stay on your driving record for at least a few years, depending on the state in which you reside. Most states are 10 to 15 years old. But some are permanent like Alaska, Idaho, Illinois, Kansas, Maine, Ohio, Oregon, Tennessee, Texas, and Vermont.

But the effect on your insurance rates does not necessarily match how long a DUI is on your record. That depends not only on your state but also on your insurer. Most insurance companies look back three to five years for infractions on a driving record.

The length of your rate hike also depends on the length of the requirement for having an SR-22. Most states require drivers to hold an SR-22 for three years — if they steer clear of major moving violations during that period.

How to Offset a DUI Insurance Increase

If you maintain a good driving record, keeping it clear of speeding tickets, accidents, and other problems, your insurance rates may decrease over time.

Depending on the insurance company, you may be able to save money by attending driver’s education courses.

Take advantage of insurance comparison sites. This is an excellent way to compare the market since every insurance company will offer a different quote.

Among the major insurers, State Farm has some of the lowest auto insurance rate increases regarding DUI. Progressive has a lot of low-effort discounts to help offset DUI insurance, and The General has the most favorable rates overall for high-risk drivers.

When you are doing your comparisons, keep an eye on discounts. A common discount that has the potential to provide huge savings is bundling, which is having your auto and home insurance with the same carrier. But also inquire about everything from safety discounts to occupational discounts.

If you have SR-22 insurance, keep track of when that can be removed from your policy. It will not automatically fall off once it is no longer needed. You will have to ask your insurance company to remove it. Once removed, it is possible your insurance rate will go down.