Unlawful Car Searches by the Police 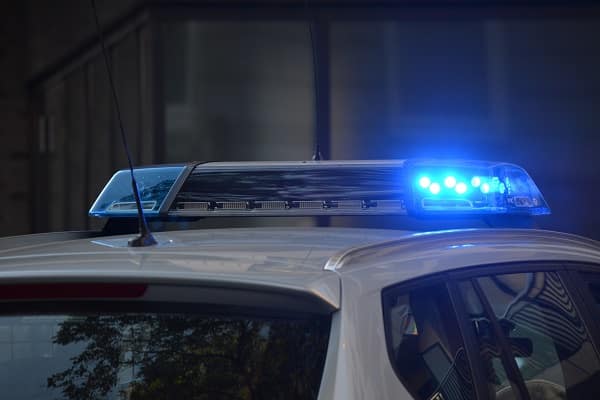 Police Right to Search a Car

A police officer has the legal right to search a car (and the driver) for a variety of reasons.  For this to happen, the driver must give the officer a reason to search their car during a traffic stop or incident to driving.  A driver will be less likely to have their car searched if they are cooperative, show no aggression, and follow all the officer’s directions when stopped.

When a police officer gets behind a car and sounds his/her siren and/or emergency lights, it is usually to have the driver pull over.  A driver who pulls over quickly and safely will demonstrate that he/she is willing to cooperate.  At this point, the officer has already developed a reason to stop the car, so cooperation is important.

The police officer will likely be following the car closely, so while it is important to pull over quickly, it is also important not to risk a collision with the police officer by slowing down too quickly.  If the driver pulls over on the shoulder of a busy street, he/she should park the car as far to the right as possible.  This will help ensure that the officer can approach the car at a safe distance from oncoming traffic.

Once the driver has safely pulled over, the driver should turn off the car’s engine and place his/her hands on the wheel.  This shows the officer that the driver is willing to cooperate, and is not at risk of fleeing.  The driver should also avoid doing anything that could be seen as rude, offensive, or interfering with the stop.  This includes smoking, playing loud music, talking on the phone, etc.  Although these acts are not illegal, they can give the impression that the driver is going to be difficult.

The driver should never exit the car unless the officer instructs him/her to do so.  If the driver needs to locate something, it is best to ask for permission before searching around the vehicle.  When a driver searches around for something in their car without asking the permission of the officer, the officer could find this activity suspicious, and it provides a reason to search the car.

3 Common Reasons to Search a Car

2. Objects in plain view: If the driver has anything illegal in the car (open alcohol bottles, drugs, weapons) that the officer can see from where he/she standing, that will give the officer the right to search the car.

3. Inventory search: If the driver’s car must be impounded after the stop for any reason, the police will conduct an inventory search of the car. This search is done to account for the driver’s possessions. The police conduct these searches to protect them from being accused of stealing/mishandling anything the driver owns. If an illegal substance is found during this search, the police can charge the driver with a crime.

Stepping Out of the Car & Protective Searches

A pat-down search is not the only protective search an officer can conduct.  If the officer has a reasonable belief that the driver is dangerous and could readily access a weapon inside the car, the officer can conduct a protective search of the passenger compartment area.  The officer is limited to searching the passenger compartment area unless they find something illegal during the search.

It is best for the driver to assume that the police officer has already decided to give them a traffic ticket and not become agitated.  But a lot of drivers assume that they can talk their way out of a ticket and/or do not believe they deserve one.  This can lead to the driver becoming angry and/or frustrated.  Police officers understand that drivers are not happy to receive a ticket, but they also expect drivers to maintain composure and be respectful to the officer.

If the driver expresses anger and/or frustration, this can often lead to the driver acting irrationally.  When this occurs, the officer can use the driver’s behavior as a reason to believe he/she is dangerous, and potentially armed.  This would then allow the officer to conduct a protective search.  It is always best for drivers to control their emotions even if the driver is justified for feeling the way he/she does.

Police officers need a legally justified reason to conduct a search, even if it does not seem like a good reason to the driver.  If the officer has conducted a search without a legally justified reason, the driver can ask the court to suppress any evidence obtained from that search (motion to suppress) and/or have the charges dismissed (motion to dismiss).  It is best to consult with a criminal defense attorney when considering these options.